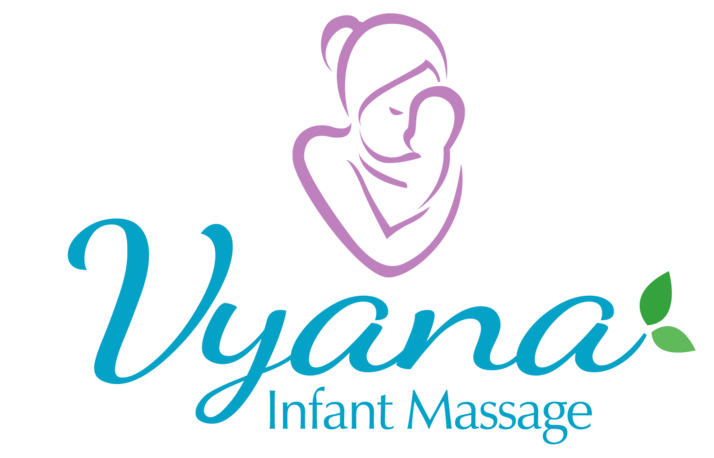 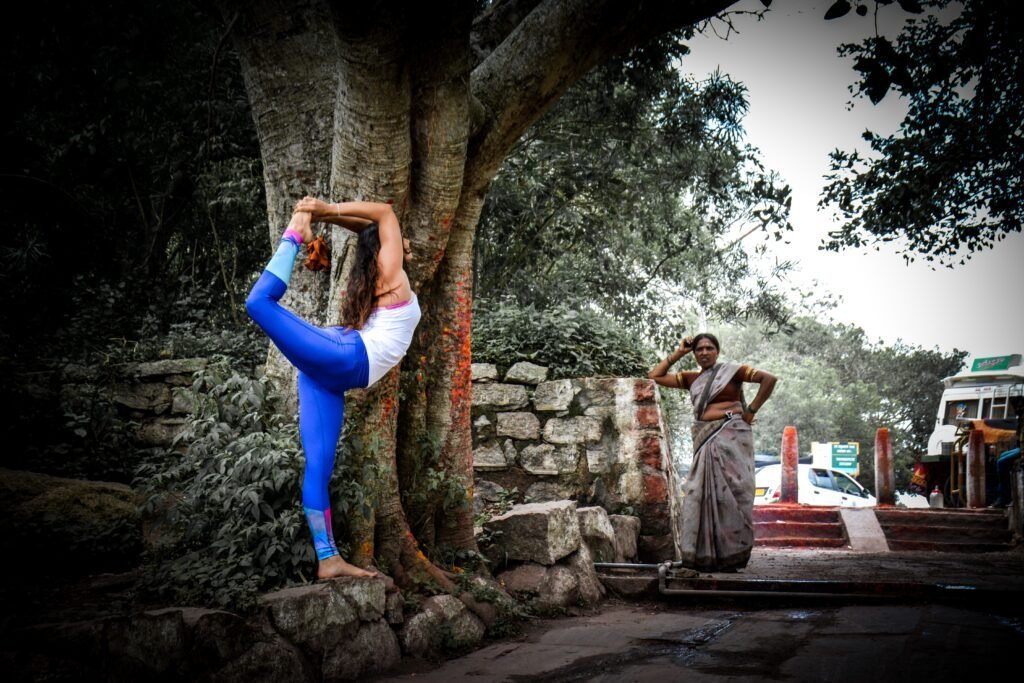 Turmeric. Ghee. Quinoa. Acai. Palo Santos. The list goes on. What do all of these items have in common? Well, they’ve been in existence and in use by ancient cultures for thousands of years and are subject to cultural appropriation.

As I was growing up, when cold season and the inevitable sniffles came around, the ancient Indian concoctions made their appearance. Against much resistance, my parents urged us to try these home remedies. One of these was a cup of warm milk with turmeric. This is better known today as a “golden milk latte.” We made faces at the taste and questioned the ability of something put together in a kitchen to heal us (I’ve since grown the wiser).

For many years, until I was in my 20’s, allopathy and western medicine were where I placed my faith, value, and importance. These people know what they’re talking about with their white coats and fancy commercials.

There was so much of the ancient Indian culture and spirituality that I had at my fingertips. Some of it I embraced and some I didn’t.

Growing up in conservative Louisiana, I found myself dreading the questions in school about my religion.

Do you worship cows?

Do you pray to elephants?

Why do you wear a dot on your head?

I was lucky and blessed to have knowledgeable parents who explained the religion and practices to me, but so many other Indian kids didn’t. I knew its symbolism, beauty, and deeper meaning, but it didn’t make it easier to respond to my peers.

I had to explain the food I ate, who or how I worshipped, clothing, even henna on my hands. “No, we’re not polytheistic,” I learned to respond. “We’re henotheistic, which means we believe that Truth is One. Paths Are Many.” How beautiful and inclusive, right? Why was I ashamed or embarrassed?Fast forward to my mid 20’s, I moved away from my family to Washington, DC to serve with AmeriCorps. In the last 15 years, more and more from my culture was popping up in the west. Henna “painting”, “naan bread”, dancing to Bollywood music. It was hip and cool and often so in the minds of the same people, who ridiculed it when I was a child!

There is so much of Indian Culture that is being embraced by Americans (as Indians are becoming more westernized, ironically). I’m not confident, though, that they know and appreciate the ancient origins and history they’re experiencing.

And so much more!

The word guru and mantra have become part of the vernacular! Guru, by the way, is someone who is a dispeller of darkness (i.e. ignorance) and who has a deep knowledge that can lead his or her followers to enlightenment, a deep knowledge that is part of who they are. I find it hard to believe then that there can be such a thing as a social media guru! But, I digress.

Don’t get me wrong. I love that holistic health practices are spreading. The distortion, manipulation, and appropriation of those things are what bothers me.

Yoga, which is the union of mind and body, has become a fad with events popping up combining yoga and beer or yoga and wine. Some people even try to patent yoga, a practice that has been around for thousands of years, boasting 800 poses and bringing calm and relief to millions around the world. Yoga has, in many places, been reduced to a physical exercise, which is a disservice to its origin and to the practicing yogi. Check out 8 Signs Your Yoga Practice Might be Culturally Appropriated.

In other instances, it has been misunderstood to be a religious practice instead of a spiritual one, available to one of any faith, being pulled out of schools, where mindfulness is needed more than ever.

Shreena Gandhi, a religious studies professor at University of Michigan State shares “when ‘Western’ yoga teachers train other practitioners to relate to yoga only on a physical level, without exploring the history, roots, complexity, and philosophy, they are perpetuating the re-colonization of it by diluting its true depth and meaning.” Think about that for a second. Reducing yoga to an exercise is perpetuating a sordid, long history of colonialism. What other ancient practices are we unknowingly using to perpetuate neocolonialism?

This appropriation and bastardization affects all ancient cultures from African and Asian to Central and South American. Quinoa, for example, has existed for thousands of years, in over 120 forms, harvested by the indigenous tribes in the Andes in Peru and Bolivia.

Teas from Asia, cocoa beans from Grenada, you get the point. But, when we think chocolate, we think Swiss or Belgian. We don’t think about where those cocoa beans have grown and the communities who have used them for ages.

The paradox of this spreading is that only the well-resourced and wealthy in America both know about these gems and can afford to have them- these riches from low income, under resourced communities of color around the world.

Did you ever wonder how the Mayans were able to build precise and flawless pyramids without modern day technology?

Or how rishis from ancient India were able to match the primordial sounds of the Sun to the sound of Aum with no technical instruments?Or how the Dogon people (now known as Burkina Faso) were so knowledgeable about solar systems without advanced instruments?

These are the creators, who tapped into the world around them and a wisdom within them, that we would be hard pressed to do with all the noisy and all the busy in our modern day “advanced” lives. We owe so much to ancient cultures.

I’m not against the sharing of ancient wisdom, especially if it can benefit all people, but it’s currently not set up that way. When it’s profit over people and place, only calamity is assured.

Organic Burst is one of the few companies that does responsible integration well, sharing powerful ancient foods with the world while supporting indigenous communities.

All of this reminds me of the myth we were taught growing up in the 80’s. Christoper Columbus discovered America and the Europeans got along beautifully with the Native Americans, sharing their resources with each other. What. A. Lie. We are consumers of the Remix or Branding strategy that American has been known for since its inception when Columbus “discovered” America.

How could he discover a land that already existed where millions of natives had made their home? Profound spirituality, respect for the land, laws of war can all be traced back to the Native American culture. All of that got reduced to insulting caricatures and racist slants that exist today. And how can we deny the massive rape and genocide that occurred against their people, losing their lives, their land, their language, their way of life in the process. Their community still hasn’t recovered after nearly 500 years; neither has the black community enslaved and ripped from their language, religion, culture, and food, forced to accept the way of those who enslaved them and losing their ancient wisdom along the way.

Exploitation of communities for their goods isn’t a new phenomenon, and it exists to this very moment as a rebranding strategy as indigenous communities continue to die for a commodity they may have taken for granted but one that people are willing to kill over. And, if it’s not people directly, it’s the destroyed environment that leaves those resources barren.

Many people in those communities have been influenced to embrace America’s biggest export, pop culture, dismissing what they have such as baby massage, postpartum care, etc. In fact, in Episode 2 of Mom Meets World, we talk about the universal postpartum practices that help mom and baby thrive instead of barely survive.

In many ways, it’s as if we come full circle.

Finally, how can these practices and commodities be available to all socioeconomic levels?

As the well-resourced become more and more educated about the chemicals in our food, water, medications, and body products, they’ll be turning to the wisdom of ancient cultures and those communities can’t possibly be prepared. You see, their products, way of life, history, will be taken, remixed, and will not leave them in a position to sustain their community. “Despite our best values and intentions as individuals, our actions (and inaction) are inherently connected with a system of power, privilege, and oppression, ” Gandhi.

Meanwhile, our poorest neighbors will have no choice but to continue to consume affordable fast food and pop pills cheaper than home remedies. It’s yet another example of capitalism that is out of control, and it’s capable of wiping out entire civilizations.

For more articles on appropriation in the wellness industry, check out:

How Wellness Got Whitewashed (Glamour)

Are Alternatives Appropriate (Life and Thyme)